To know more and get a clear overview of groove welding, read the full article.

What are groove welds?

If the welding is performed between two metals of the same plane, then it is known as a groove weld. The welding metals fill the gap and join the base metals with the same strength.

Due to ease of handling and good welding property, groove welding has become one of the most popular welding techniques. Groove welding is mostly used in a butt joint.

Read More: Groove Weld Vs Fillet Weld: What Are The Core Differences

Groove welding is mainly classified into two based on the welding sides.

Groove welding can also be classified into several types based on the shape of the groove. Let’s take a look at a few of the most common types

What are the 5 parts of the groove weld?

What is a groove weld symbol?

Groove welding symbols indicate a brief overview of the types of welding. It is symbolized by following some pre-established standards like AWS, and ISO. It consists of the symbols of groove shape, an arrow pointing to the welding place, and a reference line indicating welding information.

The characters at the left of the reference line indicate the depth of the bevel and the characters right to it indicate weld size. The value of the root opening and groove angle respectively are written at the face of the groove shape symbol.

What are grooves used for?

Groove welding is the most common and widely used welding technique. This technique is quite easy and capable of producing stronger welds. groove welding is mainly used to perform butt joints. In other joints like T joint, edge-to-edge joint, corner joint, groove welding may also be used.

These types of joints are often found in various structures and on construction sites.

How do you measure a groove?

A groove is formed between the base metals in groove gelding. To measure a groove, first, you have to observe the shape of the groove and measure all the parameters related to the groove.

We need to measure the groove angle and the depth of penetration. The face width and the root opening are also measured. From this information, we can get a clear overview of the groove.

What is groove angle?

In groove welding, the groove angle indicates the angle between the two faces of the groove.

What is Groove thickness?

Groove thickness indicates the perpendicular distance between the groove’s top and bottom surfaces.

What is the other name for groove weld?

Although the groove welding technique is applied to perform various joints, it is commonly used in butt joints. Hence, it is widely known as butt weld.

How many passes groove weld?

What is groove weld size?

Groove welding is a widely used welding technique. This welding technique is mainly used for welding metals placed at the same plane. A groove of different shapes is formed between the base metals and the molten weld bead accumulates in the groove.

Usually, groove welding is classified based on the shape of the groove. The demand for pipe welding has kept increasing worldwide for some time. And it takes professionals explicitly to achieve the perfect result. Complexity in pipe… 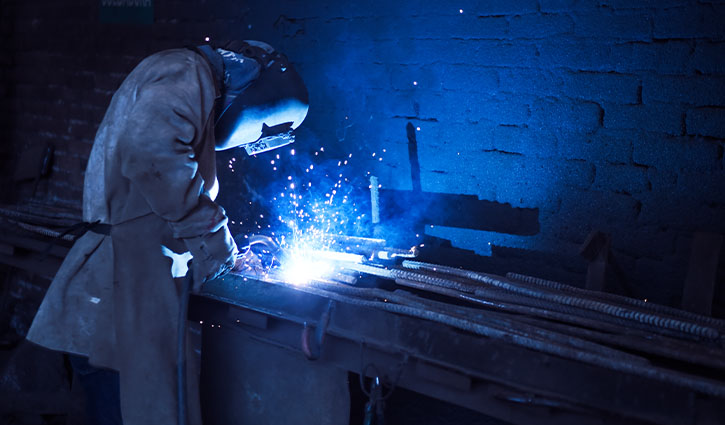 Welding is not a safe job by any means. You will need protective gear to keep yourself safe from any potential harm. You can go…

The welder requires enough power to keep running and produce strong welds to make the job appropriate. Thus, many professional welders use a highly powerful…

Galvanic corrosion is the process by which one metal corrodes preferentially to another. when they are in electrical contact with each other in the presence…

The Hobart Ironman 230 MIG welder is a versatile and heavy-duty machine that is suitable for any welder. Yet, it has some minor issues and… Professional welders can’t able their welding tasks without the best range of welder machines. And for this, they have to collect the best TIG welder…